Who is Kenny Rogers?

Kenny Rogers is an American Award-winning singer, songwriter, author, and actor who is popularly known for a crowd mover in the world of country music. Rodgers passed away on March 20, 2020, leaving behind a long list of hit songs such as “Through the Years”, “The Gambler”, “Lady”, and “Lucille” among many others. The country singer has been termed one of the most successful country singers with his name having topped on the country and pop charts for a period of about unparalleled 200 individual weeks. The deceased singer was also inducted into the Country Music Hall of Fame and has also been named one of the best-selling country singers with an unsurprising over 130 million record sales across the world. As an actor, Rogers has made an appearance on films such as “Kenny Rogers as The Gambler”, the 1982’s Six Pack, as well as the NBC Mystery Movie, “The MacShayne”.

What about Kenny Rogers’ Early Life?

Kenny Rogers was born Kenneth Donald Rogers on the 21st of August, 1938 in Houston, Texas. Kenny was the fourth-born of the eight children of Lucille Lois Hester and Edward Floyd Rogers. His mother was a nurse assistant while his father was a carpenter. Rogers grew up in a poor family that lived in a federal housing project in Houston but this didn’t I any way affect the music talent that he showed at a tender age.

As for education, Rogers shifted schools between Wharton Elementary School, George Washington Junior High School, and Jefferson Davis High School from where he graduated in 1956. It was during his days in high school that he bought himself a guitar and formed a band named “Scholars” with the sole intention of putting his music into practice.

In 1957, soon after graduating from high school, Rogers debuted his solo music career following his performance of the song, “That Crazy Feeling”, on the “American Bandstand”, a popular television show. The performance opened a window of opportunity for the country singer since he was signed by a local record label called Carlton Records in 1958. Later in life, Kenny Rogers enrolled at the University of Houston.

How did Kenny Rogers Walk his Career Journey?

Kenny Rogers’ music career began back in his high school days when he formed his band called “The Scholars”. A year after graduating high school in 1957, the young singer debuted his first solo performance of the song, “That Crazy Feeling” which gave him the green light to being signed in a local record label known as Carlton Records, in 1958. For Rogers, the 1960s decade was an era that was marked by shifting from one band to another with the most remarkable bands being “New Christy Minstrels” (1966), “The First Edition”, and “Kenny Rogers and the First Edition”. While working with Kenny Rogers and the First Edition band, Rogers released and his group released hits like, “Just Dropped In (To See What Condition My Condition Was In)”, “Something’s Burning”, “Ruby, Don’t Take Your Love to Town” and “Reuben James” among others. 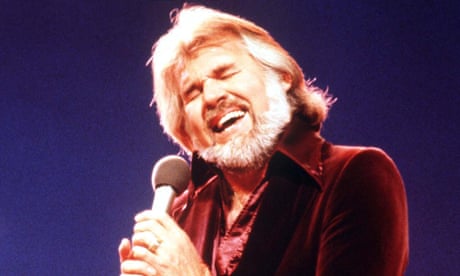 After years of working with bands, In 1974 Kenny Rogers decided to hit his stride going solo. His decision to go solo was marked by the release of the single “Love Lifted Me” which made it to the top 20 countries hit list in 1975. Two years later, the country singer became a big name in the music industry following the release of the hit “Lucille” which besides topping on the charts won him his first Grammy for the Best Country Vocal Performance Male. His next hit single was the song, “The Gambler”, which was also a big success for him since it won his second Grammy award.

Rogers has undeniably been one of the renowned musicians across the world. He is also the artist behind the hits, “You Decorated My Life”, “Coward of the County”, and “She Believes in Me” among many others.

Off the cameras, Rogers is also a renowned author who has published several books, among them, “Making It With Music: Kenny Rogers’ Guide to the Music Business” and his 2012 Memoir, “Luck or Something Like It”. As an actor, Rogers has made an appearance on films such as “Kenny Rogers as The Gambler”, the 1982’s Six Pack, as well as the NBC Mystery Movie, “The MacShayne”.

Who did Rogers Marry?

Once it comes to love and marriage, Kenny Rogers is one man who didn’t find it smooth as is the case with his music. The country singer had been married five times before his death. Rogers began his marriage life with Janice Gordon with whom they tied knots on the 15th of May, 1958. This marriage was short-lived since the couple divorced two years later in April 1960. They together had a daughter named Carole Lynne.

His second marriage was with Jean Rogers with whom he walked down the aisle in 1960. The marriage lasted for three years ending in 1963, leaving behind no children. In October 1964, Rogers got into a 12-year marriage with Margo Anderson with whom he had a son named Kennedy. Their love got sour in 1976 leading to a divorce.

Rogers’s fourth marriage was with Marianne Gordon together with whom he walked down the aisle on October 1, 1977. The couple lived happily together for 16 years and were blessed with a son named Christopher Cody Rogers. They eventually called off the marriage in 1993.

In 1997 Kenny Rogers tied knots with Wanda Miller whom he had dated for five years. Despite their huge age difference, Rogers and Miller lived happily together and were blessed with identical twins. Up to March 20, 2020, when he passed away, Rogers had been a 23-year marriage with Miller.

Kenny Rogers had an impressive height and a decent weight. The deceased country singer stood tall at 6.0 feet and had a balanced weight of 78 Kg. His eye color was blue whereas his hair color was black.

How Worth was Kenny Rogers Before his Death?

What Achievements has had Kenny Rogers?

What are the Famous Quotes by Kenny Rogers?

Also read: Are rumors that Hillary Clinton has had plastic surgery true?