Who is Ryan Reynolds?

Ryan Reynolds is a Canadian-American actor, screenwriter, film producer, and comedian who debuted his acting career in a Canadian teen soap opera called “Hillside” in 1991. Reynolds however drew everyone to attention after playing the character ‘Michael Bergen’ in the sitcom “Two Guys and a Girl” (1998-2001). Ryan Reynolds has for years been a big name in the film industry after starring in various hit movies like, “The Proposal”, “Green Lantern”, “National Lampoon’s Van Wilder”, “Blade: Trinity”, as well as the superhero film, “Deadpool 1 and 2. Reynolds is furthermore an award-winning actor whose name has seen various nominations including the Golden Globe Awards and the Critics’ Choice Movie Awards. Besides, the actor made it to the 2017’s Hollywood Walk of Fame.

How was Ryan Reynold’s Early Life?

Born as Ryan Rodney Reynolds on the 23rd of October in Vancouver, British Columbia, Ryan Reynolds is the lastborn son to Tamara Lee Stewart and James Chester Reynolds. His father was a food wholesaler whereas his mother was a retail saleswoman. The actor has three brothers together with whom they were raised in the neighborhoods of Vancouver’s Kitsilano. Ryan Reynolds grew up in a Catholic family and attended Kitsilano Secondary School from which he graduated in 1994. Upon graduation from high school, Reynolds joined Kwantlen Polytechnic University where his studies were short-lived since he dropped out to chase after his career. 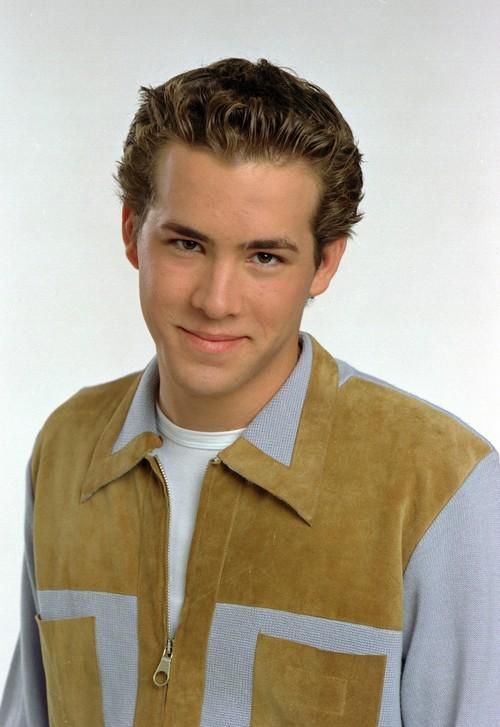 Reynolds showed interest in acting since he was a child his passion found sanctuary in various school productions. At the age of 12 was when Ryan Reynolds landed his first acting role in the Canadian teen drama, “Hillside “ which aired in the U.S from 1991 and 1993. After dropping out of college, life wasn’t particularly easy for Ryan Reynolds who at some point had to work a late-night shift at a supermarket.

Reynold’s played several minor roles as he struggled to establish his name in the film industry before he later relocated to Los Angeles in the late ‘’90s. His relocation to Los Angeles was a milestone in his acting career since it was then that he landed his first major television job in 1998 where he played the role of a medical student in the sitcom, “Two Guys and a Girl”. His appearance on the sitcom paved a way for him to later become a big name in Hollywood after he starred in different thriller movies.

How has been his Career Journey?

Ryan Reynold first stepped into the acting scenes in 1991 while still in high school. His first appearance was in the Canadian teen soap opera named “Hillside” in which he played the starring role of Billy Simpson. The film aired became popular in the U.S after it aired on Nickelodeon under the title “Fifteen”.

After “Hillside” ended in 1993, Reynold played a minor role in the 1996’s “The X-Files” before starring as Bobby Rupp in the two-part miniseries “In Cold Blood” later in the year. Still, in the same year, the actor together with Melissa Joan co-starred in the TV movie “Sabrina the Teenage Witch”. In 1998, the name Ryan Reynold started becoming common in the film industry after he starred as Michael “Berg” Bergen in the show “Two Guys, A Girl and a Pizza Place” which was later renamed to “show “Two Guys, A Girl”.

Ryan Reynolds has for years been a big name in the film industry after starring in various hit movies like, “The Proposal”, “Green Lantern”, “National Lampoon’s Van Wilder”, “Blade: Trinity”, as well as the superhero film, “Deadpool 1 and 2. Reynolds’ film career is something to reckon with since he has also starred in films such as “The Voices” (2014), the 2006’s “Smokin’ Aces” “The Amityville Horror” (2005), the 2012’s “Safe House” “Mississippi Grind” (2015) as well as the 2019’s Netflix film, “6 Underground” among many others. Besides, Ryan Reynolds’ starring role as Hal Jordan in the superhero film “Green Lantern”, made him one of the few actors in the world to headline films based on both Marvel and DC characters.

Who has Reynolds Dated?

Before settling down for marriage with his current wife, “Lively”, Ryan Reynolds had previously walked the love-and-relationship journey with various other ladies. Ryan Reynolds dated singer Alanis Morissette for several years before finally engaging her in 2004. The duo was happily in love up to 2007 when their love got sour thus beckoning a separation. The same year he separated with Morissette, Reynolds fell into another relationship with actress Scarlett Johansson whom he wed in 2008 in a small ceremony. After two years into marriage, Reynold suffered some personal heartbreak following a breakup announcement made by Johansson in 2010.

That, was not the end of the love journey for Ryan Reynolds since he yet again falls in love with “Lively”, his co-star in the “Green Lantern” film with whom they married on the 9th of September, 2012 near Charleston, South Carolina. The couple has been blessed with three children namely; James (born in 2014), Ines (born in 2016), and Betty (born in 2019).

How about his Body Stats?

Ryan Reynolds is a tall Canadian-American actor with decent weight. The actor stands tall at an impressive height of 6.2 feet and a decent weight of 84 Kilograms. Reynolds has a well-maintained physique with a chest measurement of 45 inches, a waist measurement of 32 inches, and 15-inch biceps. His natural hair color is light brown whereas his eye color is hazel.

What is his Net Worth?

What are some of the Less Known Facts about Ryan Reynolds?